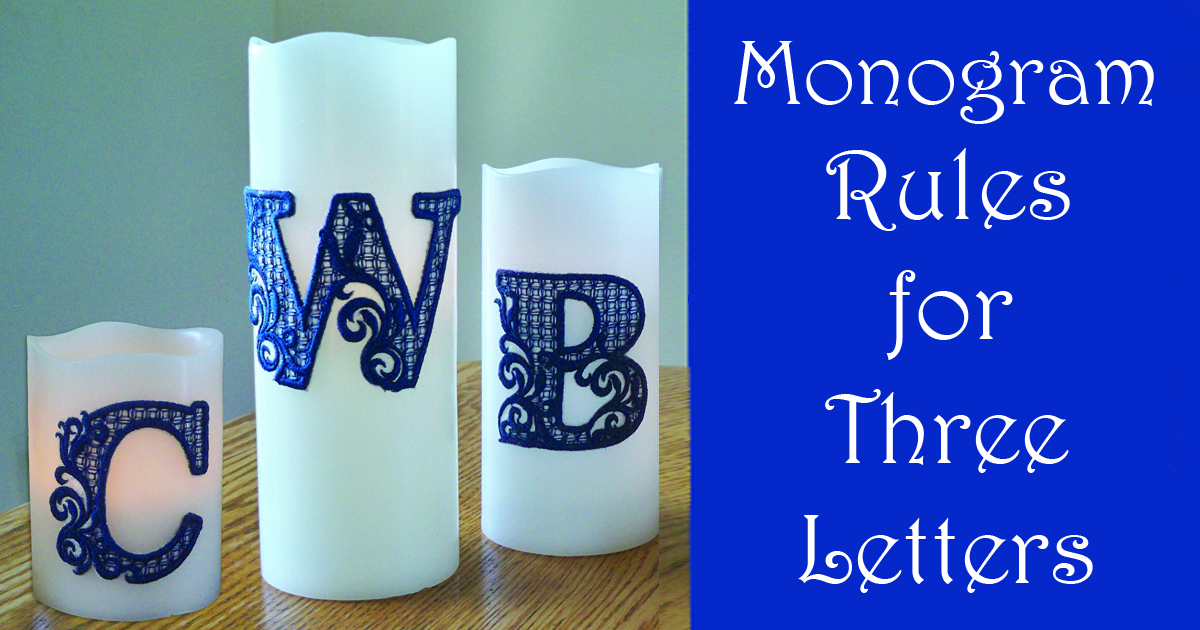 Whether you are creating Monogramed Wedding Candles or stitching monogrammed towels, it helps to know the traditional (and not so traditional) rules.

These suggestions are simply a guideline. You can create a monogram however it pleases you or the recipient.

As single people, Carlie Marie Jones and Bryan Thomas Woods would use the first initials of their first, middle, and last names. Carlie’s monogram would be CMJ and Bryan’s would be BTW, all the same size.

If CarlieÂ  marries Bryan, their monogram would be CWB and the W would be larger than the C and the B.

Bryan’s individual monogram as a married person would be BWT, with a larger W.

Carlie’s individual monogram as a married person could be CWM or she could use the first initial of her maiden name where the middle initial goes, as in CWJ, with a larger W.

If both are keeping their last names, the first initial of the last names can both be used, and larger than the rest, as in CJWB (the J and W would be larger than the C and B). The same concept would apply to married partners.

Check back and we will discuss tricky monogram issues like hyphenated names or surnames with a prefix.